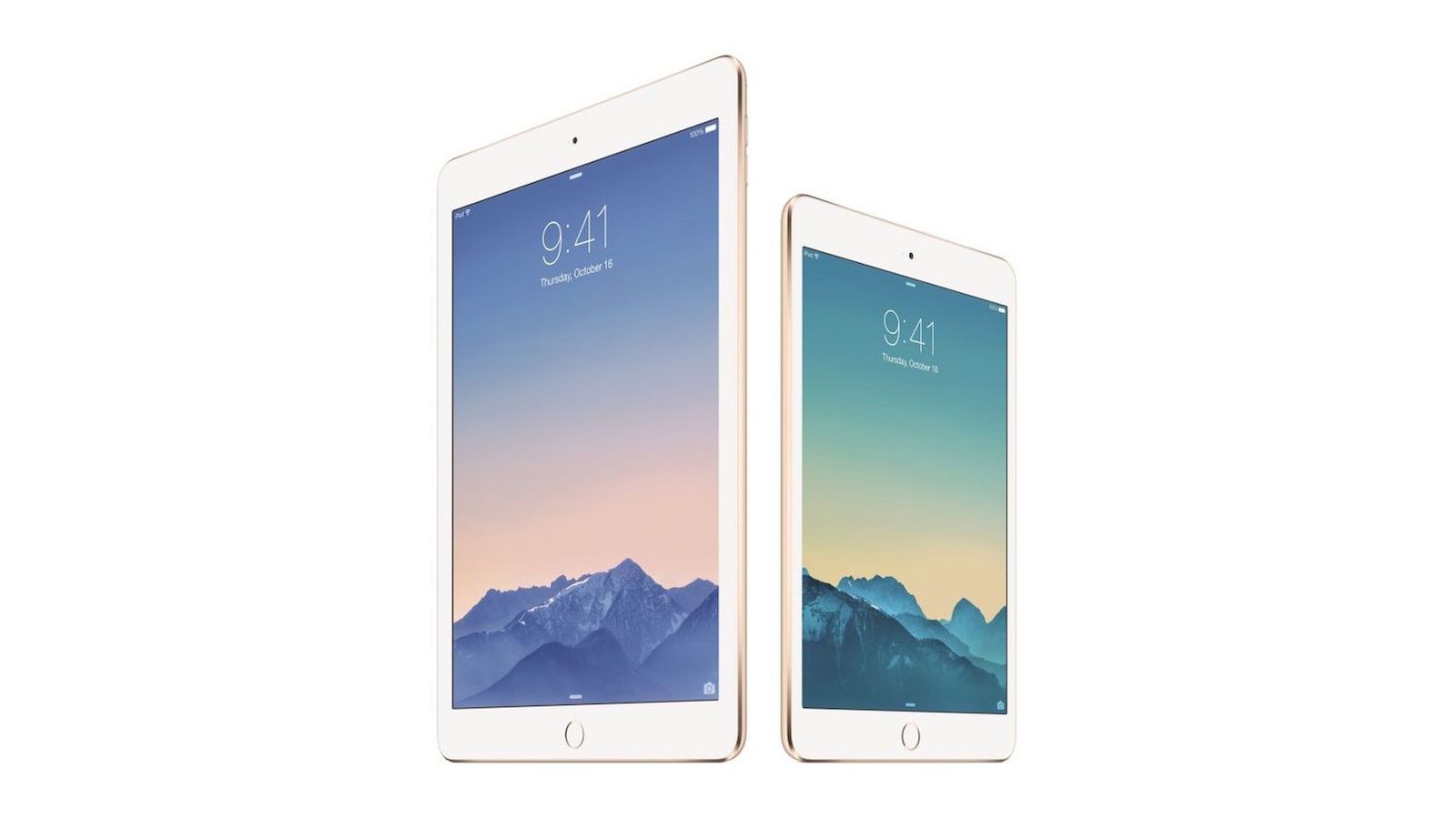 Apple today added the iPad Air 2 and iPad mini 2 to its vintage and obsolete products list, as it has been more than five years since the devices were last offered for sale.

The ‌iPad Air‌ 2 was first released in October 2014, and was the first ‌iPad Air‌ to feature a Touch ID fingerprint sensor. It also used Apple’s A8X processor and had a laminated gapless display, which made it significantly thinner than the original ‌iPad Air‌.

Launched in November 2013, the ‌iPad mini‌ 2 was colloquially known as the Retina ‌iPad mini‌, due to its Retina display with 2048 x 1536 resolution. Otherwise, visually it was identical with its predecessor, though it was slightly heavier and thicker. The tablet used an A7 processor and the M7 coprocessor originally introduced in the iPhone 5s.

The vintage products list features devices that Apple stopped distributing for sale more than five years ago and less than seven years ago. Apple provides service and parts for vintage devices for up to 7 years, or as required by law, but repairs are subject to parts availability.

On a side note, Apple was expected to move 2014’s 11-inch and 13-inch MacBook Air models and the mid-2014 13-inch MacBook Pro from vintage to obsolete at the beginning of May, but the latest update shows that only the two MacBook Airs have currently made the transition.