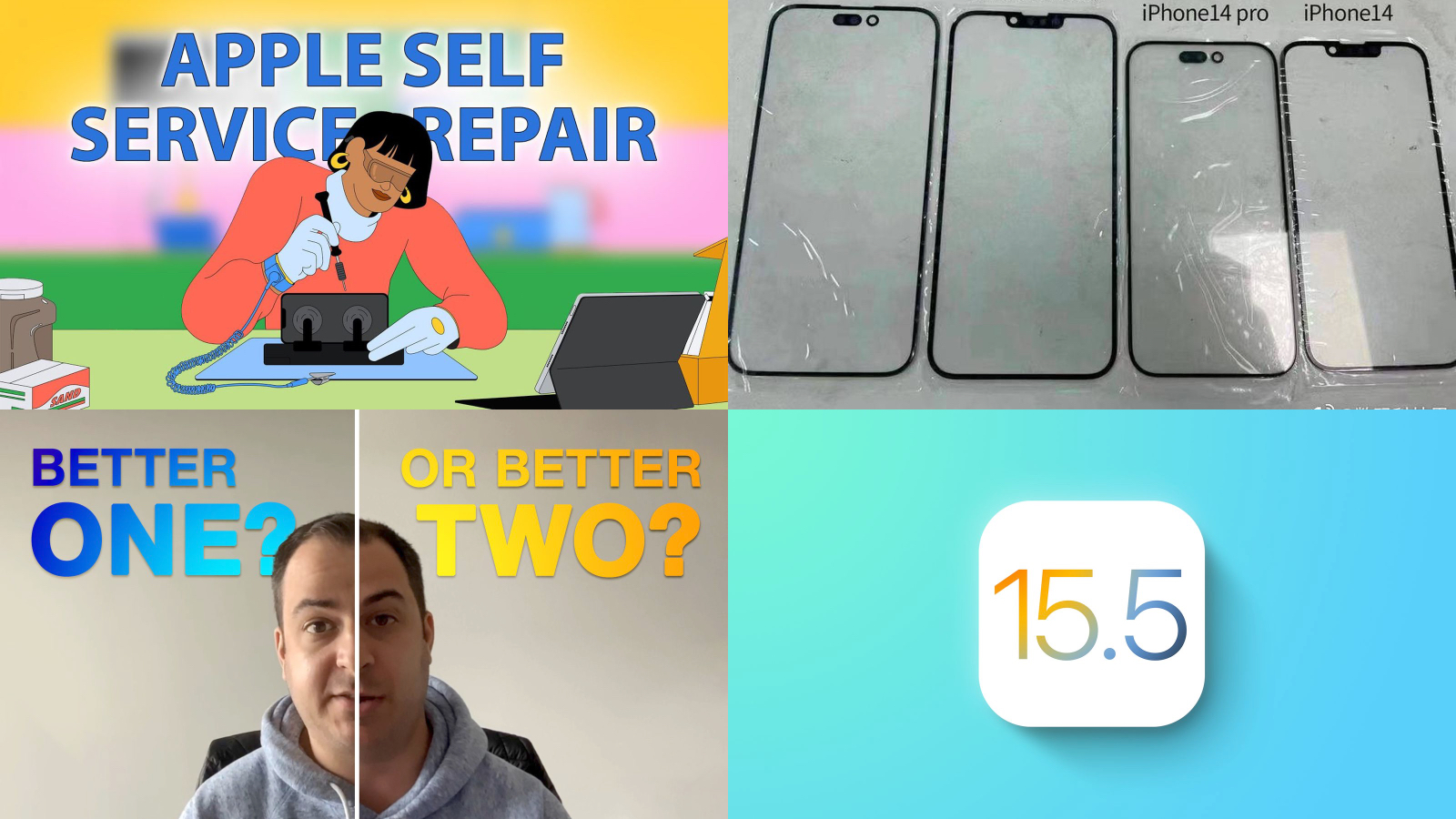 Apple this week finally launched its Self Service Repair program for recent iPhone models in the United States, while the company also made progress toward rolling out improvements to the much-maligned Studio Display webcam and announced strong quarterly earnings while warning of continued supply chain challenges.

On the rumor front, we saw several iPhone 14 leaks including the front glass for all four models, so read on for all the details on these stories and more!

Apple this week announced the launch of its Self Service Repair program in the United States, starting with iPhone 12 models, iPhone 13 models, and the third-generation iPhone SE. The program will be expanded to Apple silicon Macs and to additional countries later this year.

As part of the program, Apple has made common iPhone parts available to purchase online, such as displays, batteries, and cameras, as well as a series of tools for completing the repairs. Apple has also made free step-by-step iPhone repair manuals available on its website.

Apple’s upcoming iPhone 14 Pro models are widely rumored to feature new displays with a pill-shaped cutout and a hole for the Face ID sensors and front camera, respectively, and this week we received our first real-world look at this design.

A leaked image of front glass panels for all four iPhone 14 models revealed not only the rumored pill-and-hole design for iPhone 14 Pro models, but also slightly thinner bezels around the display and a slightly taller aspect ratio. The standard iPhone 14 models are expected to retain the same notch as iPhone 13 models.

Apple this week released Studio Display firmware version 15.5 with webcam improvements, but it is only available to users running the macOS Monterey 12.4 beta for now. There is no timeframe for a public release.

Apple this week announced financial results for its second fiscal quarter of 2022, which corresponds to the first calendar quarter of the year.

Despite record-setting performance across nearly every product category, Apple says that supply chain challenges will continue to impact its business in the current quarter, resulting in a $4 billion to $8 billion hit to its anticipated revenue.

iOS 15.5 and iPadOS 15.5 continue to progress towards release, with the third betas of each update now available to developers and public beta testers.

Both updates are minor and contain only a few changes, such as references to Apple’s upcoming classical music app and tweaks to Apple Pay Cash. Apple also seeded the third betas of macOS Monterey 12.4, watchOS 8.6, and tvOS 15.5.

On our YouTube channel this week, we shared a video comparing Apple’s Studio Display to Dell’s latest 27-inch UltraSharp Monitor.

Priced at $655 on sale, the Dell display is the same size as the Studio Display, but it has 4K resolution rather than 5K and it maxes out at 400 nits brightness rather than 600. Watch our video for a complete comparison of the displays and subscribe to MacRumors for more videos.