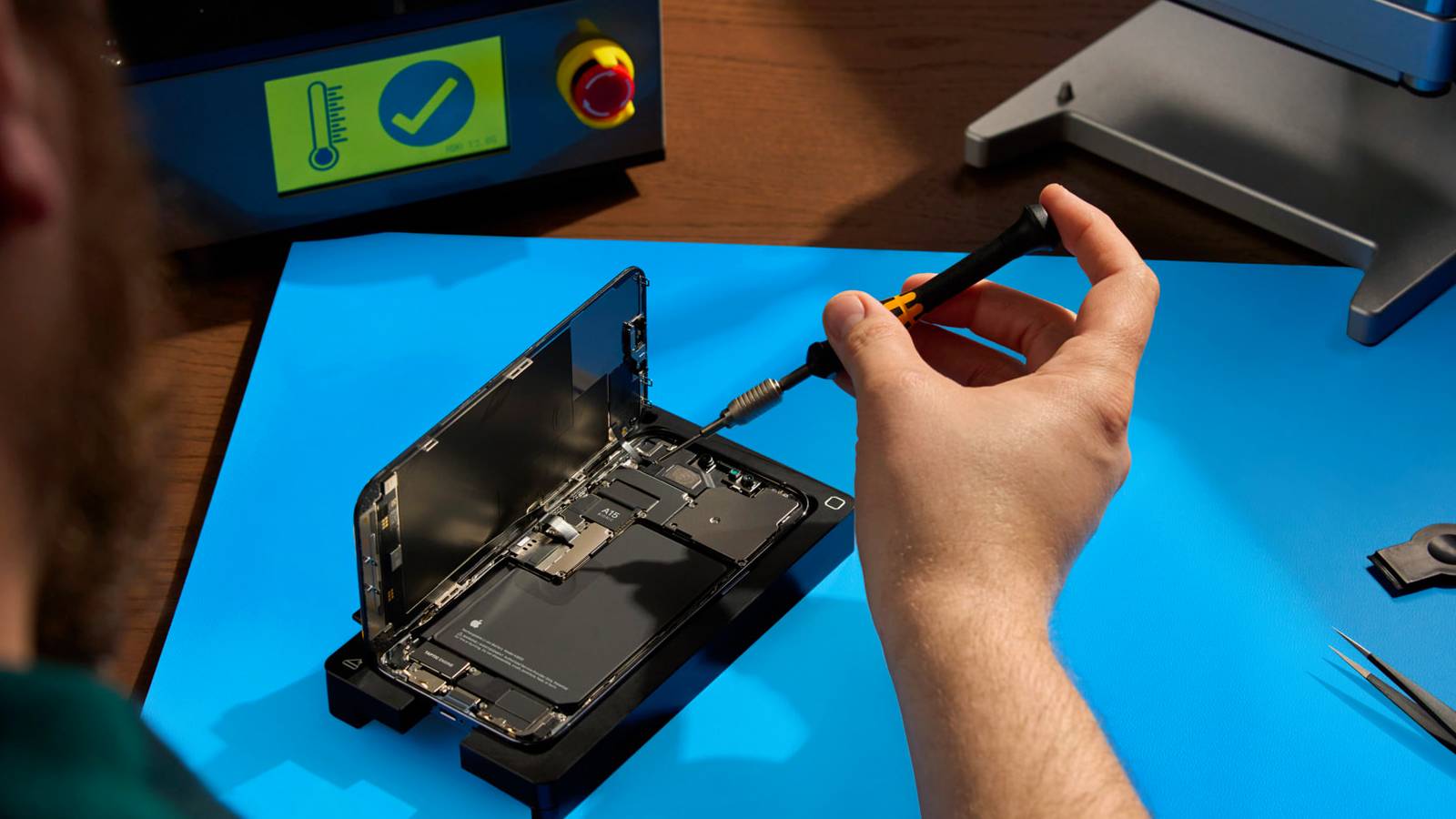 Apple’s newly-launched Self Service Repair program is a “great step” forward, but “not the unqualified win for repair enthusiasts that Apple’s marketers would have you believe,” according to do-it-yourself repair website iFixit.

In a blog post today, iFixit’s Elizabeth Chamberlain said the biggest problem with Apple’s program is that parts must be paired with a device. When purchasing parts from Apple’s Self Service Repair Store, a customer must enter a device’s serial number or IMEI, and any parts ordered need to be paired with the same device after installation.

“Integrating a serial number check into their checkout process is a dire omen and could allow Apple the power to block even more repairs in the future,” said Chamberlain. “Building the technology to provision individual repairs easily sets Apple up as the gateway to approve—or deny—any repairs in the future, with parts from any source.”

To initiate the pairing process, known as System Configuration, Apple says customers will need to contact the Self Service Repair Store’s support team by chat or phone. The parts store is operated by third-party company SPOT, not Apple.

iFixit said there is still “a lot to be excited about” with the details Apple announced, including availability of tools that only certified Apple technicians could access until now and free step-by-step visual repair manuals on Apple’s website.

“We are really happy to see Apple making repair manuals available for everyone for free online,” said Chamberlain. “Like, seriously happy. Like, we’ve-been-asking-for-this-for-twenty-years happy. They’re selling their own proprietary repair tools to the public, too, again for the very first time. You can buy official Apple battery presses and display adhesive removal devices—or even, to our surprise, rent those devices.”

iFixit remains optimistic that as Right to Repair legislation advances around the world, companies like Apple will be required to take further steps.

“At least Apple is getting some of their homework done in advance,” said Chamberlain, about the initial phase of the program. “Manufacturers know the right to repair is coming—we’ll get the rest of their assignments in due time.”

This article, “iFixit Says Apple’s Self Service Repair Program is Great Step, But Has a Catch” first appeared on MacRumors.com