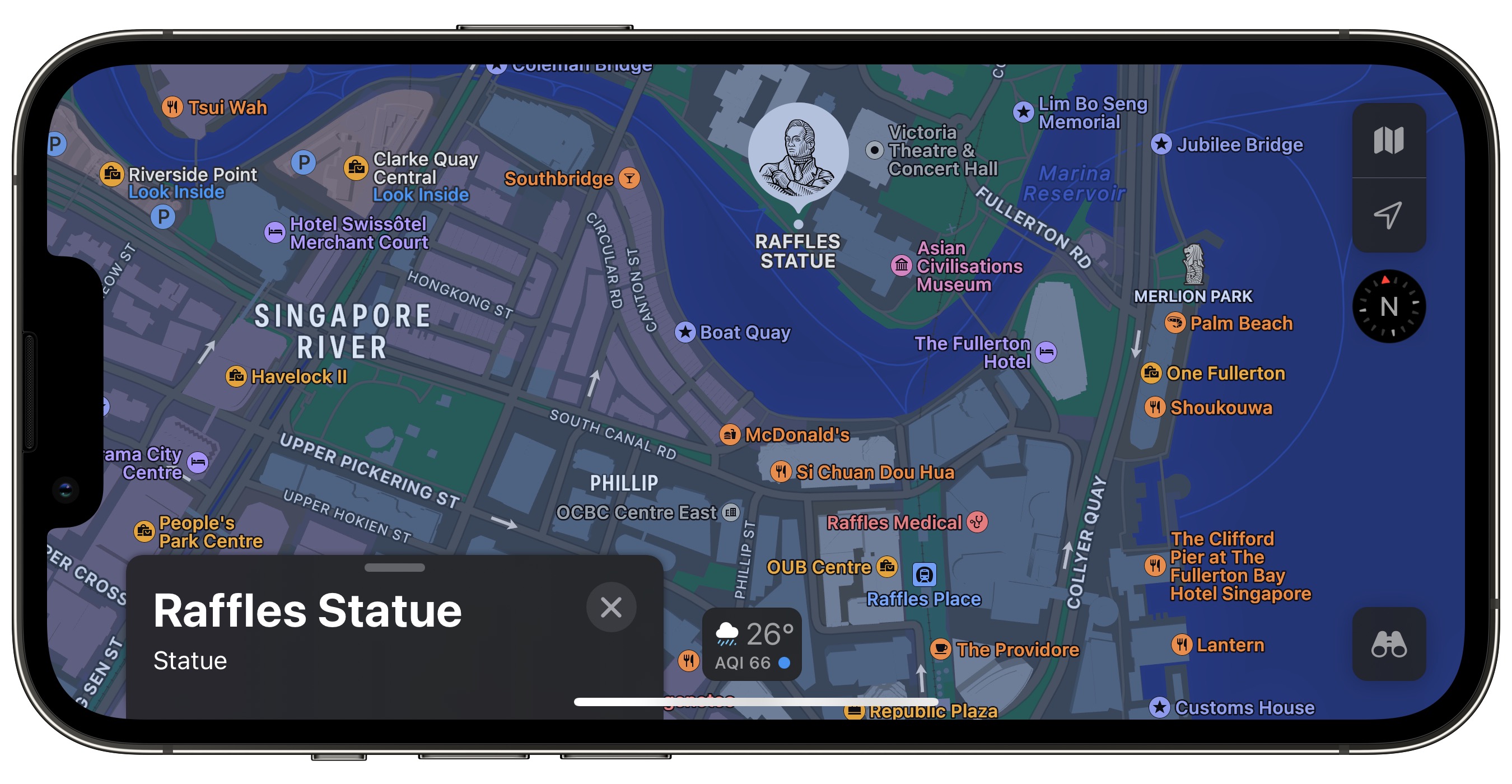 The expansion comes after 48 days of public testing, according to ‌Apple Maps‌ enthusiast Justin O’Beirne, marking the fourteenth time that Apple has expanded its new map data since its public launch in September 2018. Germany and Singapore are the twelfth and thirteenth countries to receive Apple’s new map data, and Singapore is the first country in Asia to receive it.

O’Beirne reports that Apple’s new map data now covers 18.4% of Earth’s land area and 8.5% of the global population (or 673 million people worldwide). That’s after almost four years of expansions and nearly eight years of data collecting. Based on the pattern of Apple’s expansion, the next update is likely to consist of France and Monaco.

Apple’s redesigned maps were first introduced in iOS 12, and since then, the Cupertino company has been working on expanding them. The updated Maps app offers up faster and more accurate navigation along with more detailed views of roads, buildings, malls, sports fields, foliage, pools, pedestrian pathways, bodies of water, and more.