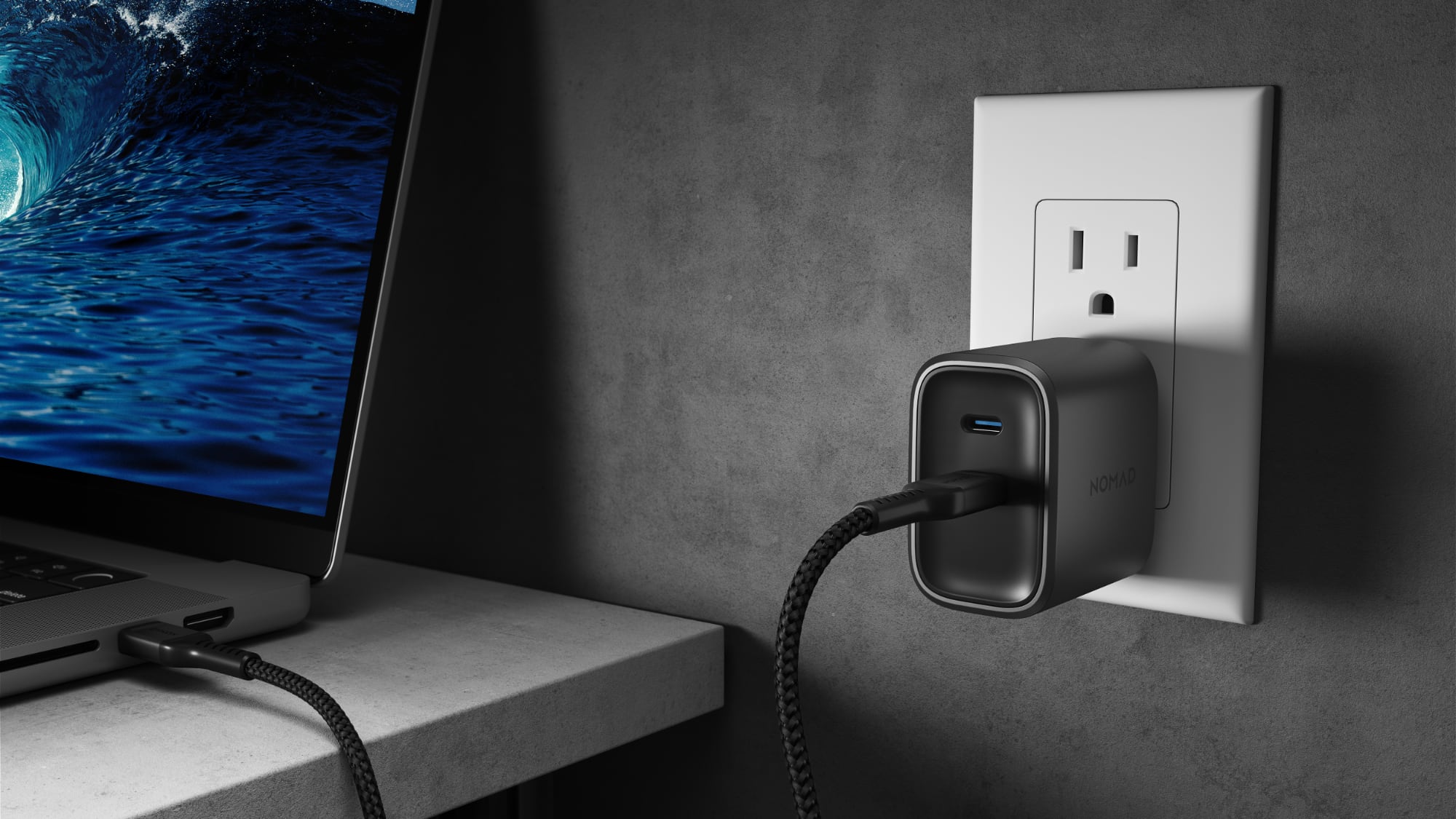 Nomad, known for its range of accessories designed for the iPhone, iPad, and Mac, today announced the launch of a dual-port 65W USB-C PD charger that uses Gallium Nitride (GaN) technology for a slim and light design.

This is Nomad’s third GaN charger, and it is the company’s most powerful with 65W maximum. When a single device is plugged in, the power adapter is able to charge at the full 65W, and when both ports are in use, the upper port outputs at 45W and the bottom port supplies 20W.

We were able to test out the charger ahead of its launch, and it has a simple, compact shape with collapsible prongs that make it ideal for travel. It works as expected, and is able to charge an M1 MacBook Air, M1 MacBook Pro, iPad, or iPhone at full speed, with a second port available for another device. It can dual charge an iPhone or iPad and a MacBook at the same time, though it is not powerful enough for Apple’s 14 and 16-inch MacBook Pro models.

The charger is ideal for Apple products but it also works with Nomad’s Base One and Base One Max MagSafe chargers.